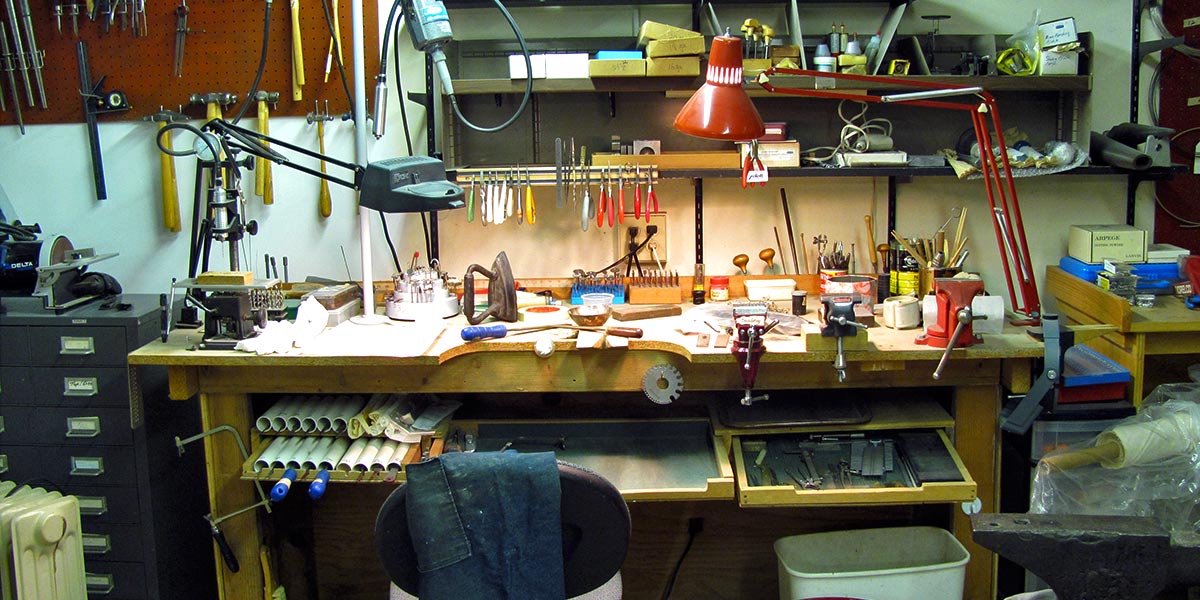 After graduating from Skidmore College with a Bachelor of Science in Studio Art, I spent many years in the Capital Region of upstate NY creating museum quality jewelry and metal art objects.

My focus turned to painting in 2006. I feel that it is a natural outgrowth of my 3-dimensional work providing me with a more fluid medium with which to express myself as an artist.

I have always liked working with my hands. Fulfillment for me is taking an idea and giving it substance by building or painting it from scratch to completion. This keeps me well connected to a part of myself that some might call spiritual. Art gives me freedom of expression and the knowledge that there are many good answers and it’s OK to explore them all. If my work gives joy to others it makes it all the more worthwhile.

Throughout my adult years there have been four tenets that support any work that I create:

All work is one-of-a-kind. Sometimes there is a series of pieces with the same compositional focus but never a repeat. Form, Shape, Line, Color & Texture are paramount and I bring decades of experience and education to my work.

In my silversmithing I enjoy mixing metals (Fine and Sterling Silver, Copper, Brass and Gold) and using interesting shaped minerals and found objects to create art objects and art wearables. I love the challenge of making containers and small tabletop art objects which are whimsical and playful.

In my two-dimensional work I have used primarily mixed water media and collage, sometimes oil, charcoal or graphite. Use of high quality materials and acid free paper and mats assures longevity of the artwork.

Now, after having relocated to Northern VA in 2015, I am looking forward to exploring new concepts in both media.

You may notice that my involvement with galleries is limited. I have learned that, in their attempt at commercial success, many gallery owners demand from artists a consistent style (line of goods) that will be recognizable to their clients. However, this tends to stifle creativity. My hope is that you will appreciate the diversity of my work but still recognize certain themes and common threads in my style.

David Peterson, Nationally Known Metal Artist, Chairman of the Art Department of Skidmore College and Professor of Jewelry and Metal Arts has described me as a “Master Craftsperson” whose work is “exceptionally well-made, wholly unique and personally derived."

The Arts Center of the Capital Region, Troy, NY and The Tyler Art Gallery, SUNY at Oswego, NY. Juried and curated by Roseanne Raab.

FACULTY EXHIBITION, The Arts Center of the Capitol Region,

THE ART OF THE GIFT, 1999. The Rice Gallery of the Albany Institute of History and Art,

MATERIAL DEPARTURE, An exhibition of Artists Working with Traditional Materials in Nontraditional Ways,